During the early 1990’s a Cabinet Resolution was taken to inject funds into dying towns in Namibia to improve their economic base. One of these was Lüderitzbucht where the planning of the LWD commenced in 1996. 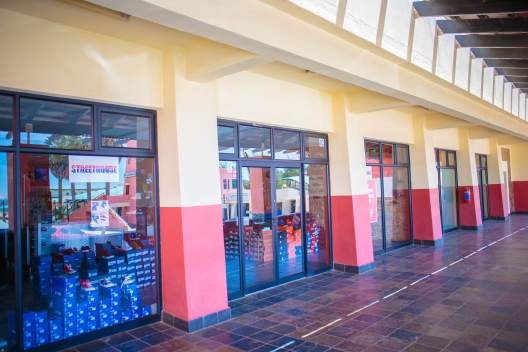 The Lüderitz Waterfront Development Company (LWDC) is a State Owned Enterprise operating under the authority of the Ministry of Finance. The Company was created in the 1990’s with specific focus to realise the potential of the town of Luderitzbucht as a des na on for business, tourism and social upliftment. The LWDC is committed to become a catalyst for meaningful economic development for the Lüderitzbucht and Karas Regions and seeks to help the town achieve economic diversification plans.

Historically industrial development has eaten up the water edge and the town itself further needs to be connected back to the sea via innovative urban design.

Phase 1, which includes the Harbour Square, shops, restaurants, offices and flats, was completed in 2002. The purpose of Phase 1 was to lay the foundation for further development of the project and approximately N$35 million was spent on infrastructure, public facilities and various structures.

During 2008 the Cabinet of the Government of Namibia approved in principle the proposals submitted by the Lüderitz Waterfront Development Company for Phase 2 and also pledged the support of the various Ministries and Government agencies to facilitate development.

Although funds have been made available by the Government of Namibia for Phase 2, three of the components, i.e.: Retail Outlet, Residential and Hotel are planned to be financially self -sustainable and market driven. The Old Power Station however, is seen as a capital project supported by various ministries which includes Fisheries and Marine Resources, Trade and Industry, Education and Youth and Sport.